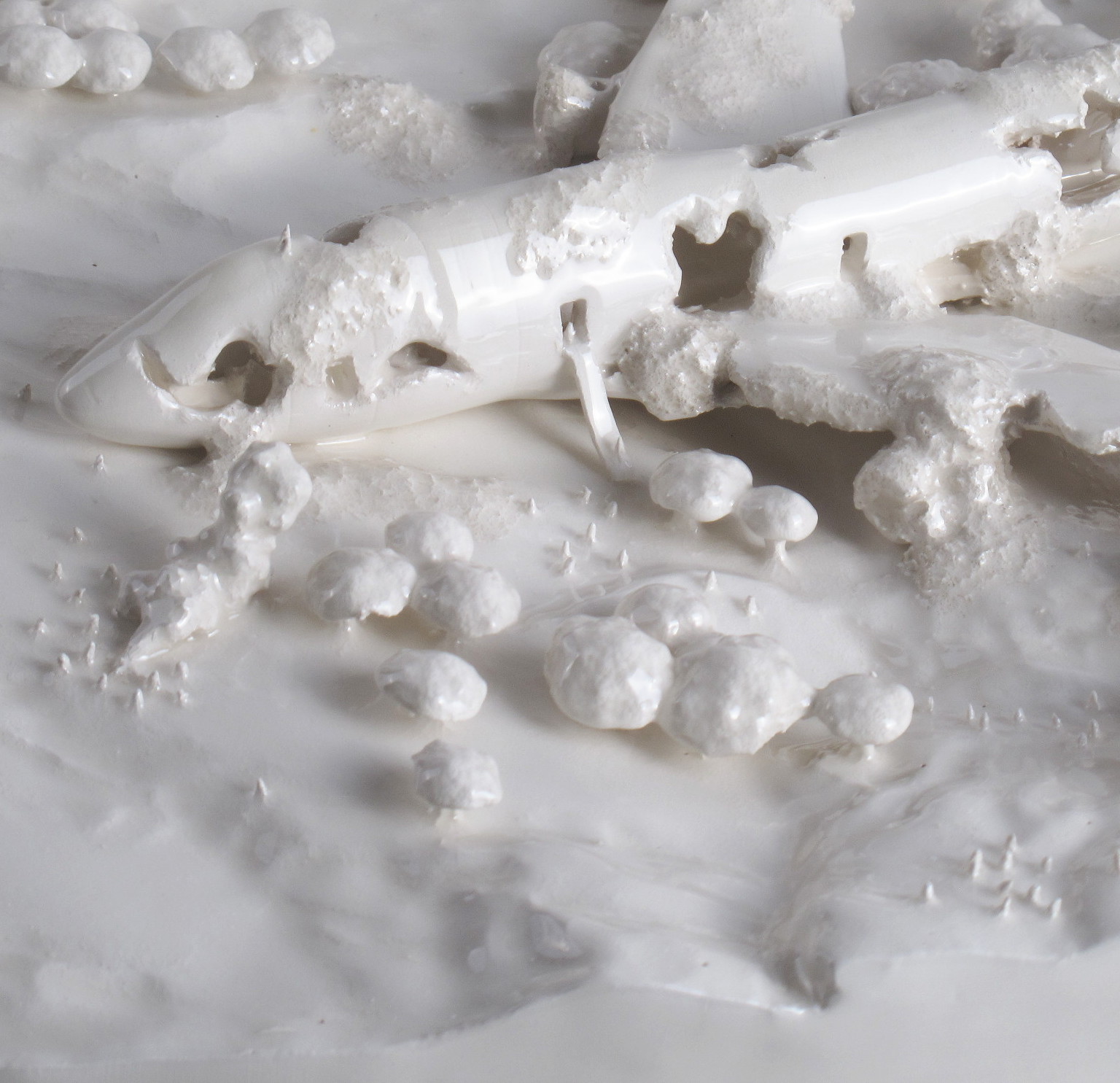 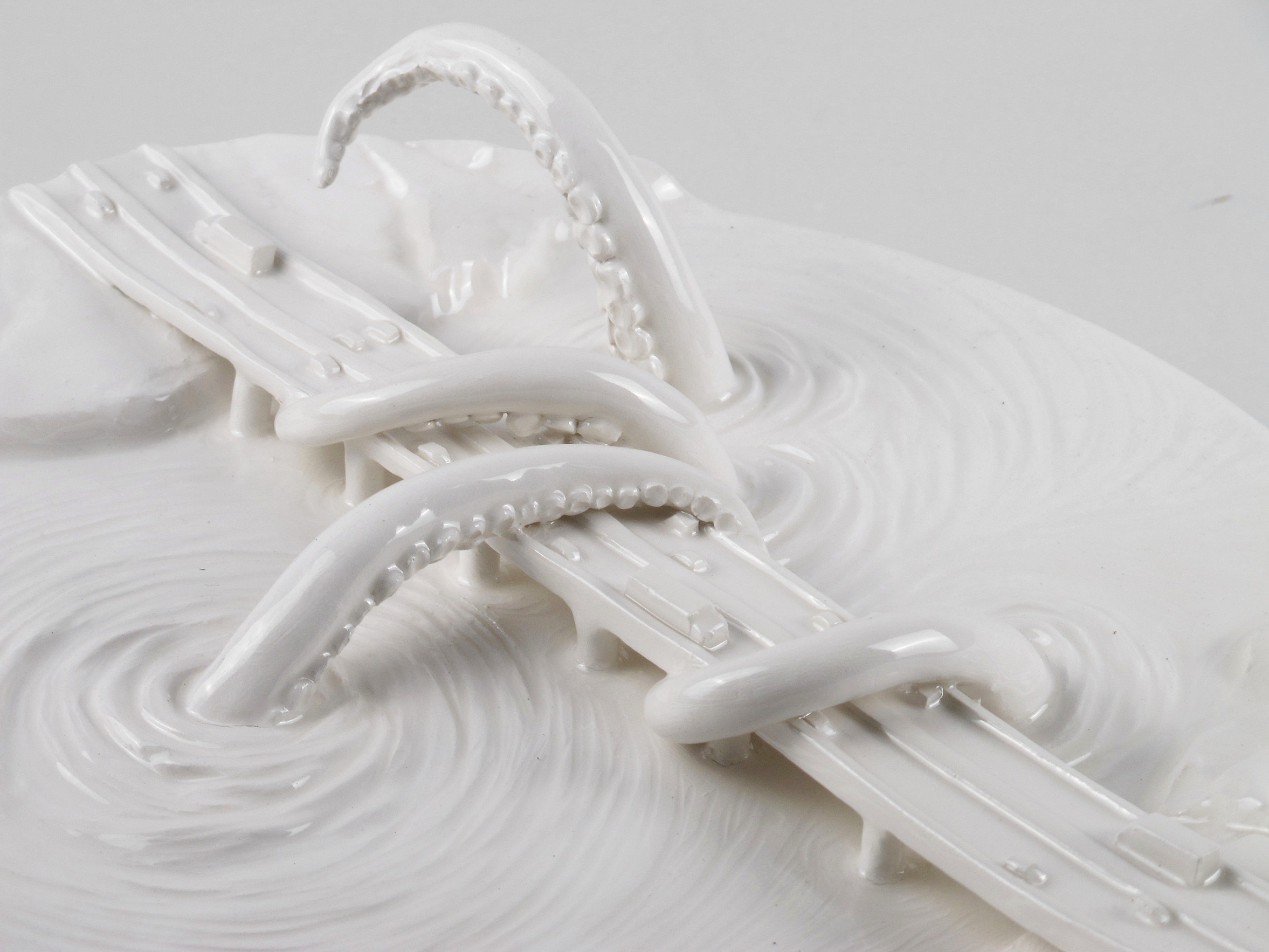 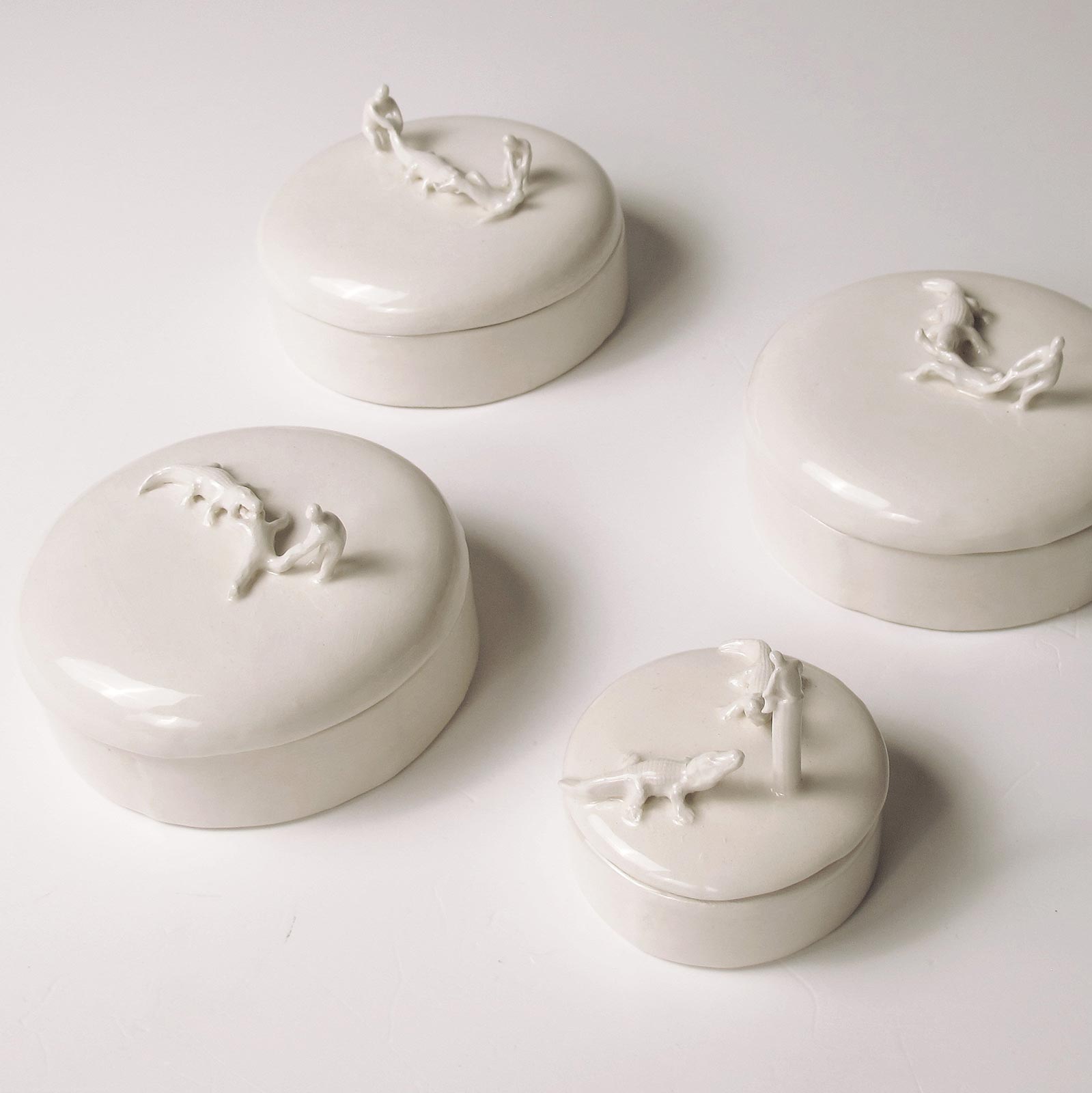 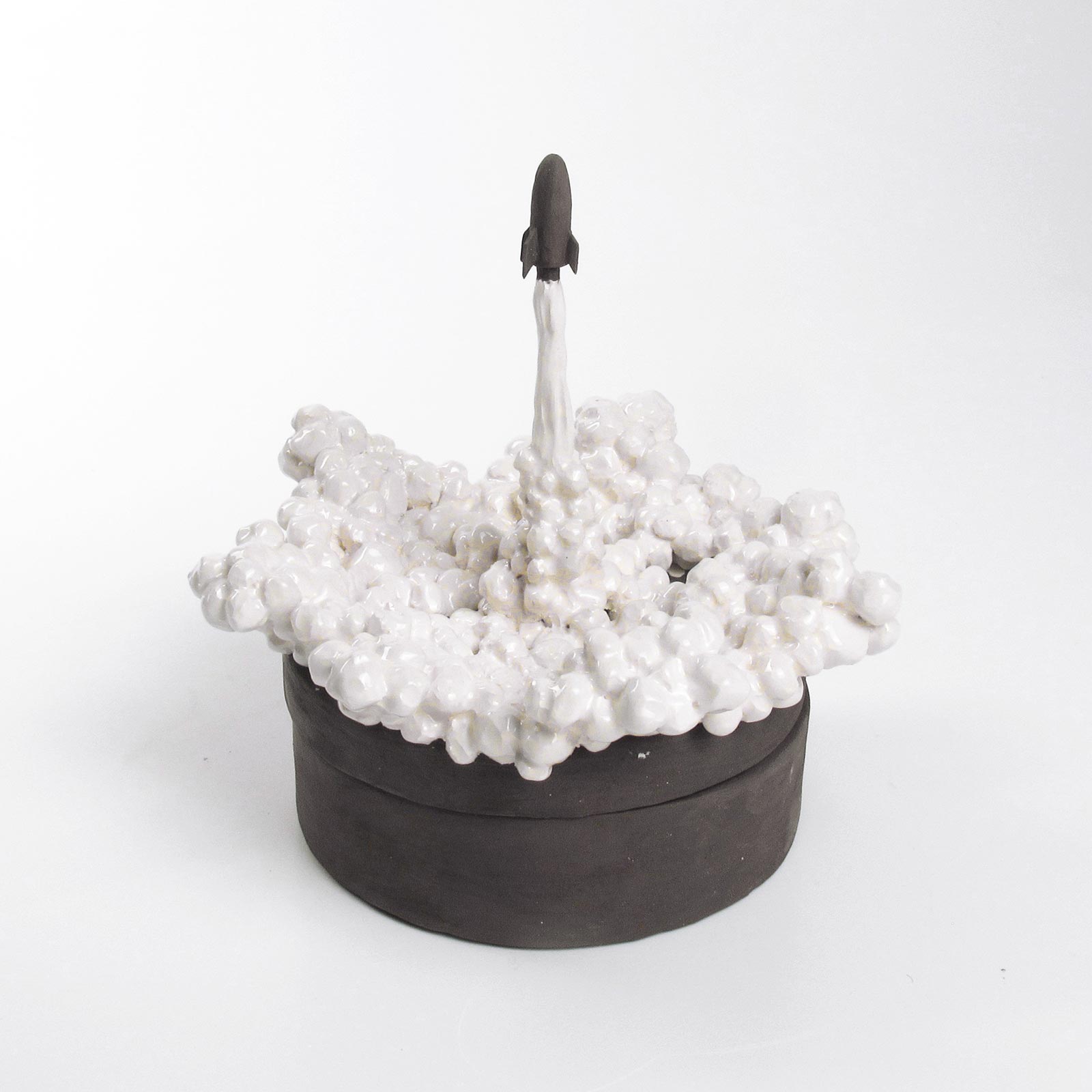 Gabriele Mallegni was born in Pisa in 1977. He attended the Art school in Lucca,  then he continued his studies at the Academy of Fine Arts in Carrara where he graduated in sculpture with prof. Giorgio Balocchi.

At the beginning of his research he builds large insects and arthropods and luminous sculptures with industrial materials such as iron and resin.
In recent years his work has focused on ceramics with which he models contemporary portraits, dystopian worlds and objects of art and design. His works reveal an ironic, but above all sensitive and subtle glance and an imagery that ranges from science fiction literature to Kafka, from 2001, A Space Odyssey to the  antique Sculpture. His  lamp Illuminante has been exhibited with Otto Luogo dell’Arte in Florence, in the Giovanni Raspini boutique during the Salone del mobile, Milan and in Lugano, it has alsobeen reviewed in the Design issue of the magazine Arte  in 2012. In 2009 he founded with Caterina Sbrana Studio17, art and design research laboratory, winner in 2015 of the Baccio da Montelupo International Prize at the Museum of Ceramic of Montelupo, Florence.

He has also collaborated with prestigious Italian universities and dioceses in the field of physiognomic reconstructions of famous historical figures such as Dante, Giotto and Conte Ugolino della Gherardesca, modeled manually according to the parameters of forensic medicine. The silver mask of San Ranieri, produced from the physiognomic reconstruction made by him in 2001, is kept in the Cathedral  of Pisa.

He lives and works in Pisa.